HOW TO SPOT REAL NEWS AND FAKE NEWS 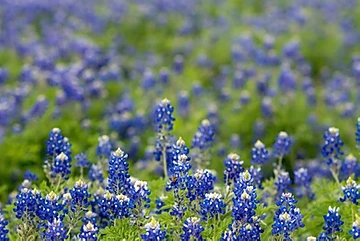 In case you have not heard, things are bad! The world faces a pandemic, the bottom has fallen out of the stock market, and the price of oil is headed to zero. Whenever you read, “shelter in place” – assume things are not going well.

One option of course is to simply “panic.” Follow all of the “doomsday” prophesies and, even better yet, republish them on Facebook and LinkedIn. As the mayhem guy in the All-State commercial says – Smart.

For those of us choosing the second option, the first step is to identify REAL v. FAKE news.

Developing a critical mindset is the first step to spotting fake news.

Mary sees on facebook a post that “gargling with warm water & salt or vinegar eliminates" the coronavirus. Mary “shares” this information with 3000 of her closest friends, by social media.

Unfortunately, this is “untrue” or, stated another way, “fake news.”

Mary has been a victim of fake news, has added to the rumor mill herself (at best just making it harder for her friends to find “good information”), how will people ever trust her again?

Fortunately, there's lots you can do to avoid making the same mistake as Mary. Borrowing freely from another article, I suggest how you can separate fake news from the truth.

What Is Fake News?

There are two kinds of fake news:

Stories that aren't true. These are deliberately invented stories designed to make people believe something false, to buy a certain product, or to visit a certain website. Stories that have some truth but aren't 100 percent accurate. For example, an Alabama fan attends an LSU football game and it is reported the Alabama fan rooted against Alabama.

Note: To confuse matters further, there are also people who claim that factually accurate stories are fake news, just because they don't agree with them or find them uncomfortable.

Where Does Fake News Come From?

Fake news is nothing new. But, what is new is how easy it's become to share information – both true and false – on a massive scale.

The trouble is, most people don't check the source of the material that they view online before they share it, which can lead to fake news spreading quickly or even "going viral."

At the same time, it's become harder to identify the source of news stories, particularly on the internet, which can make it difficult to assess their accuracy.

But, not all fake news stories are found online. Co-workers who gossip by the water cooler and print publications that fail to check their facts, for example, are also guilty of spreading misinformation, even if inadvertently.

The Impact of Fake News

Fake news can really cause problems!

Separating fact from fiction accurately can seem daunting. But getting to the truth is always worth the effort – even if it's not what you want to hear! Use these six steps to weed out the truth from the lies:

Fake news can lead you, or others, into making bad choices, especially in the areas of health care, investment decisions, and career choices. So, it is important to approach what we read and hear rationally - not emotionally.

First, ask yourself, "Why has this story been written? Is it to persuade me of a certain viewpoint? Is it selling me a particular product? Or is it trying to get me to click through to another website?"

If you come across a story from a source that you've never heard of before, do some due diligence.  Find out a bit more about the publisher – is it a professional and well-known news agency or something else?

Check the URL of the page. Strange-looking URLs that end in extensions like ".infonet" and ".offer," rather than ".com" or ".co.uk," or that contain spelling errors, may mean that the source is suspect.

If the information is something that you've been told by another person, consider his reputation and professional experience. Is he known for his expertise on the matter? Or does he tend to exaggerate the truth? Check out that person – what is his expertise (e.g. a gynecologist is not an epidemiologist); who is paying that person for his or her opinion; and what is that person’s bias or biases.

Checking out who is an expert - and who isn't - will be the subject of a separate blog.

3. See Who Else Is Reporting the Story

Check whether the story has been picked up by other well-known news publishers. Stories from organizations like The Wall Street Journal, CBS, and the BBC, will probably have been checked beforehand. If the information you have isn't from a well-known source like these, there's a chance that it could be fake.

However, you need to be careful even here. People who spread fake news and "alternative facts" sometimes create web pages, newspaper mockups, or "doctored" images that look official, but aren't.

So, if you see a suspicious post that looks like it's from the BBC, for example, check BBC's homepage to verify that it's really there.

A credible news story will include plenty of facts – quotes from experts, survey data, and official statistics, for example. If these are missing or the source is an unknown expert or unknown third-party, question it!

Note: Not all medical doctors are competent to “opine” on the coronavirus. Would you let your general practitioner operate on you for lung cancer? Not all engineers are competent to drill an oil well. Some are petroleum engineers; some engineer computer programs.

Modern editing software has made it easy for people to create fake images that look professional and real. In fact, only about half of us can tell when images are fake.

So be careful if you see a picture of John McCain shaking hands with Osama Bin-Laden.

6. Check That It "Sounds Right"

Finally, use your common sense! If a story sounds unbelievable, it probably is. Bear in mind that fake news is designed to "feed" your biases or fears. And, remember, just because a story sounds "right" and true, doesn't mean that it is.

For example, just because a colleague believes that two married co-workers are having an affair, doesn't mean it's true.

Be especially careful, if, for instance, you don't personally like those two co-workers.

Some stories that you'll encounter will sound "wrong," but won't necessarily be fake news. They could be intentional satire, for example, or something that comes from a humorous website, like The Onion, for example (a publication that I greatly enjoy).

If these tips suggest that the information that you have is fake, or if you have any doubts about it, avoid sharing it with others. Doing so could lead to rumors spreading and may harm your professional credibility.

Fake news refers to deliberate untruths or stories that contain some truth, but which aren't completely accurate. Some people also claim that truthful stories are "fake news," just because they don't agree with them.

Fake news can have a negative impact on our behavior. You or your colleagues may make seriously bad choices by relying on "fake news."  So, it's vital to know how to separate the real from the fake. You can do this by following these six steps:

See who else is reporting the story.

Check that it "sounds right."

Let’s “stress test” this. Purposefully, I am relying on a “re-post” of something I view, whether truthful or not, as trivial.

A recent post by an Austrian gentleman “that Prince Harry (yes that Prince Harry) stated that ‘Donald Trump has blood on his hands’ due to his [President Trump’s] climate policies, all in a telephone call by the Prince with Russian hoaxers.” The author relies upon the following article   -https://www.the-sun.com/news/521820/prince-harry-donald-trump-climate-blood (The Sun, a London tabloid).

Take a moment and look at that site. It has “comic book” pictures of the Prince, Donald Trump, and Greta Thunberg – not a good sign for credibility. And it recites “as fact” that Prince Harry made this statement while being duped by Russian hoaxers into believing that he [the Prince] was, indeed, speaking to Greta Thunberg.

Fact or Fake? Well, so far we have a statement from an on-line publication that uses comic book pictures that Prince Harry made some disparaging remarks to some Russian hoaxers. And “tabloid” is a tip-off, to that it may not be the work of a “Pulitzer Prize” reporter. Pretty questionable so far?

“London— Two Russian prank callers claim Britain's Prince Harry told them that U.S. President Donald Trump had ‘blood on his hands’ because of his response to climate change, according to the British tabloid newspaper The Sun.

Alexei Stolyarov and Vladimir Krasnov, who make up the well-known Russian prank duo Vovan and Lexus, reportedly made two phone calls to Prince Harry pretending to be Swedish climate change activist Greta Thunberg and her father, Svante, The Sun reported.

In those purported calls, the partial audio of which was published online by The Sun, Prince Harry allegedly said ‘the mere fact that Donald Trump is pushing the coal industry is so big in America, he has blood on his hands. But Trump will want to meet you to make him look better but he won't want to have a discussion about climate change with you because you will outsmart him.’

A royal source said Buckingham Palace would not comment on the pranksters' call, and CBS News could not independently verify the audio or The Sun's reporting.

‘Unfortunately, the world is being led by some very sick people, so people like yourselves and (the) younger generation are the ones that are going to make all the difference,’ Harry said in the phone calls, according to The Sun.”

So CBS reported the following:

1. A London Tabloid, the Sun, said

a. That two Russian hoaxers said

i. That Prince Harry said Donald Trump has “blood on his hands”

1. And Prince Harry was duped into making those statements.

Are you ready to bet a year’s salary that the Prince actually said that (aside from the usual disclaimer of “who cares anyway”)?

I think the author’s purpose in re-posting all of this nonsense was to show that Prince Harry is a “twit” who has a pretty big “carbon footprint” (e.g. using private planes etc.) and therefore is a hypocrite. I have already concluded that Prince Harry is a “twit”, and I also suspect that many rich and famous people use a lot of energy (big carbon footprint) and are hypocrites. Actually, I know a lot of hypocrites, who are neither rich nor famous, who waste a lot of energy – so that is nothing new. But all of this just goes to show that -

So exactly what is this, aside from silliness? A half truth at best, which even if true, really fails to support any argument.

Consider what you are re-posting – if it isn’t truthful, it really doesn’t support your argument!

Edward Wilhelm and Jack Wilhelm provide assistance to buyers and sellers of oil and gas properties.

DISCLAIMER: The information on this site is not intended to and does not offer legal advice, legal recommendations or legal representation on any matter. You need to consult an attorney in person for legal advice regarding your individual situation.

JUST DO IT! Being an estate executor or administrator is hard work!